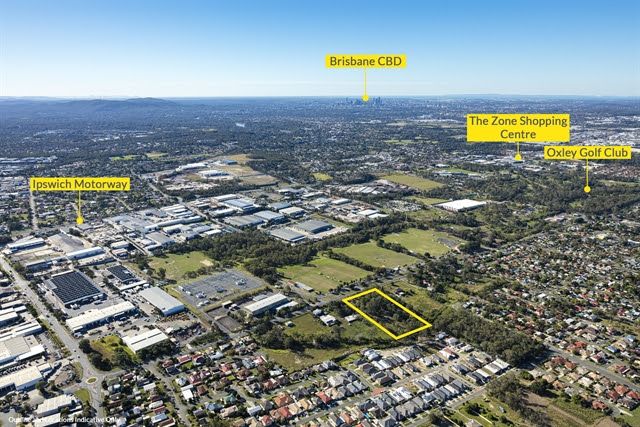 A PRIVATE Gold Coast-based development group has snapped up an approved townhouse development site for $3,150,000 at 340 Freeman Road in Richlands.

The property, that comprised of 1.57ha* of land, was designated LMR3 Low-Medium Density Residential and was sold on behalf of the mortgagee exercising power of sale.

“As we’ve seen in recent times, the demand for approved development sites attracts strong interest and this asset was no different, as we received 60 enquiries and seven offers during the expressions of interest campaign,” Mr Creevey said.

“It also benefited from being in an active development precinct only 17km* south-west of the Brisbane CBD and was near to a bus interchange, both the Centenary and Ipswich Motorways, as well as shopping options,” Mr Williams said.

“The Richlands locality has been transformed in recent years with rapid redevelopment of a variety of housing types as well as retail and commercial development elevating the suburb into one of the most active growth precincts in South East Queensland and that was part of its appeal.”

“The site is supported by strong local industry, community infrastructure and connectivity provided by local rail and bus networks, and the Ipswich and Centenary Motorways,” Mr Fritzsche said.